Billion Group’s malls have been making life a little better for their surrounding communities this year with a range of community initiatives aimed at giving back to the people who support them.

The Group got the new school year off on the right foot with a R50 000 donation that saw almost 400 children from the impoverished Duncan Village in East London receive brand-new school shoes.

The gift gave pupils from the Nontuthuzelo, Makinana, Nompumelelo, Masakhane and Lujiza schools a spring in their step, as many of them struggled with worn-out footwear or were forced to walk to school barefoot.

Billion’s head of marketing Deborah Bailey said the initiative dovetailed perfectly with the Group’s mission to assist the youth through education.

She said the recipients had been identified by non-profit organisation Sakhisizwe Projects and Feeding Organisation, which works towards the upliftment of communities in East London and surrounds.

“Some of these kids are orphans and cannot afford even basic necessities let alone school uniforms and shoes; and many come to school on an empty stomach, feeling very different from their peers.

“Sakhisizwe’s network of caregivers at the various schools identified students who were in extreme need and we purchased the correct size shoes for each of them,” said Bailey. 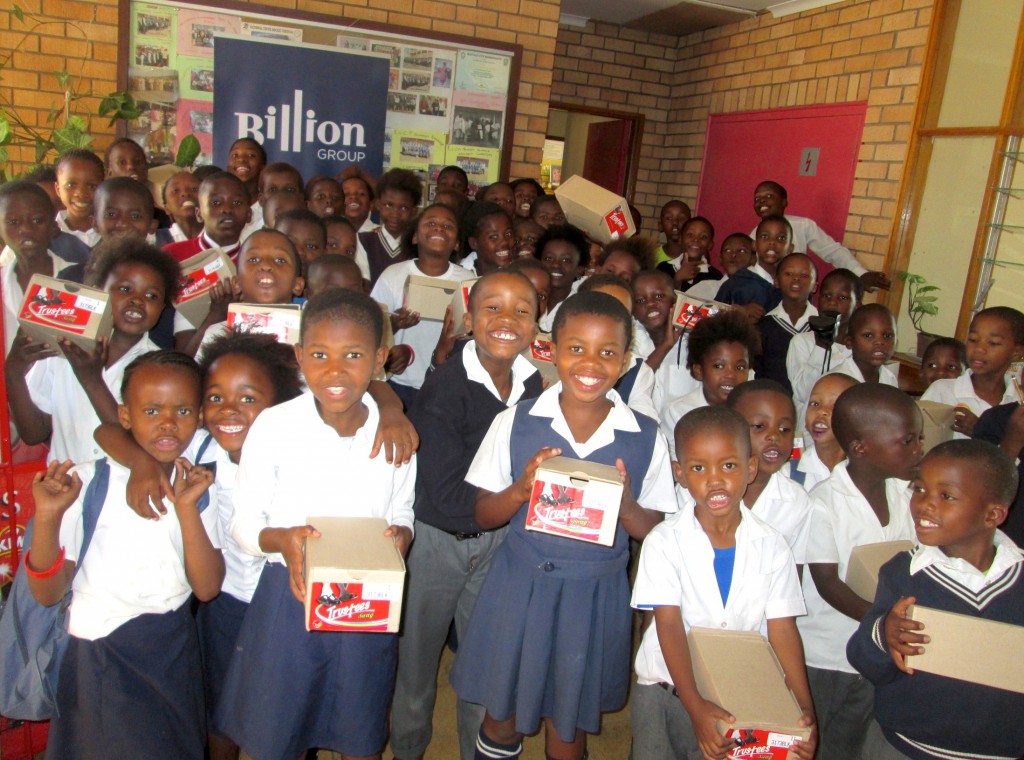 Forest Hill City in Centurion also joined the back-to-school spree by lightening the load of underprivileged learners from Orefile Primary School in nearby Olievenhoutbosch.

The shopping centre donated 460 sturdy, waterproof backpacks for Orefile’s Grade 4 to 7 pupils to help protect their learning materials as they walk to and from school in all weather conditions.

Speaking at the handover, which also featured a performance by 2015 Idols winner Karabo, school principal Clever Shikwambane said he was grateful to the sponsor.

“This gift of quality schoolbags will go a long way to helping the children and their families,” he said. 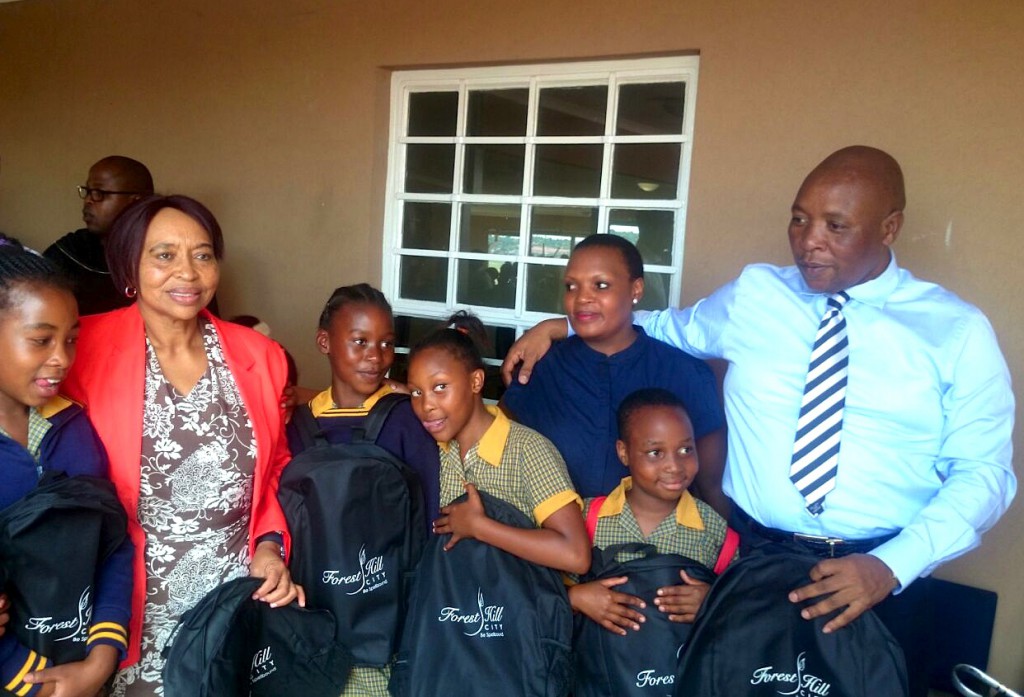 Also giving the youth a chance at a brighter future was BT Ngebs City in the Eastern Cape with its own back-to-school campaign.

Mthatha’s newest and biggest mall joined forces with its tenants and the local community to provide educational materials for the under-resourced Lower Bolotwa Junior Secondary School.

Their combined contribution comprised over 300 textbooks, stationery, scientific calculators and donated items that other learners no longer needed.

“It’s wonderful that we could work together to help this rural school in the former Transkei,” said BT Ngebs City centre manager Lolo Sabisa.

Staying in the Eastern Cape, and staying on the subject of empowering the youth, Hemingways Mall played host to the glamorous Miss Eastern Cape pageant prize-giving over the Valentine’s Day weekend.

In her first official public appearance, 2016 titleholder Zimi Mabunzi received a range of enviable prizes including a vehicle and study bursary from platinum sponsor Billion Group.

Mabunzi said she was eager to resume her studies after being forced to drop out due to financial reasons after her first year at the University of Cape Town in 2014. Now the 21-year-old NMMU law student won’t have to worry about her tuition fees or books, as she focuses on her future.

“There’s so much I want to do once I graduate. I definitely want to start working in my field but I eventually want to go the entrepreneurial route and be an independent businesswoman,” said Mabunzi.

“I’m also trying to establish my own NGO at the moment. It’s going to be called More than Beautiful and it is aimed at helping and inspiring other young women.”

According to pageant founder Zikhona Ngxata, Mabunzi was the right woman for the demanding but rewarding job.

“We were looking for a young woman who could be an ambassador, a leader and a philanthropist. Someone who will uplift our community and help address the social ills affecting our province.” 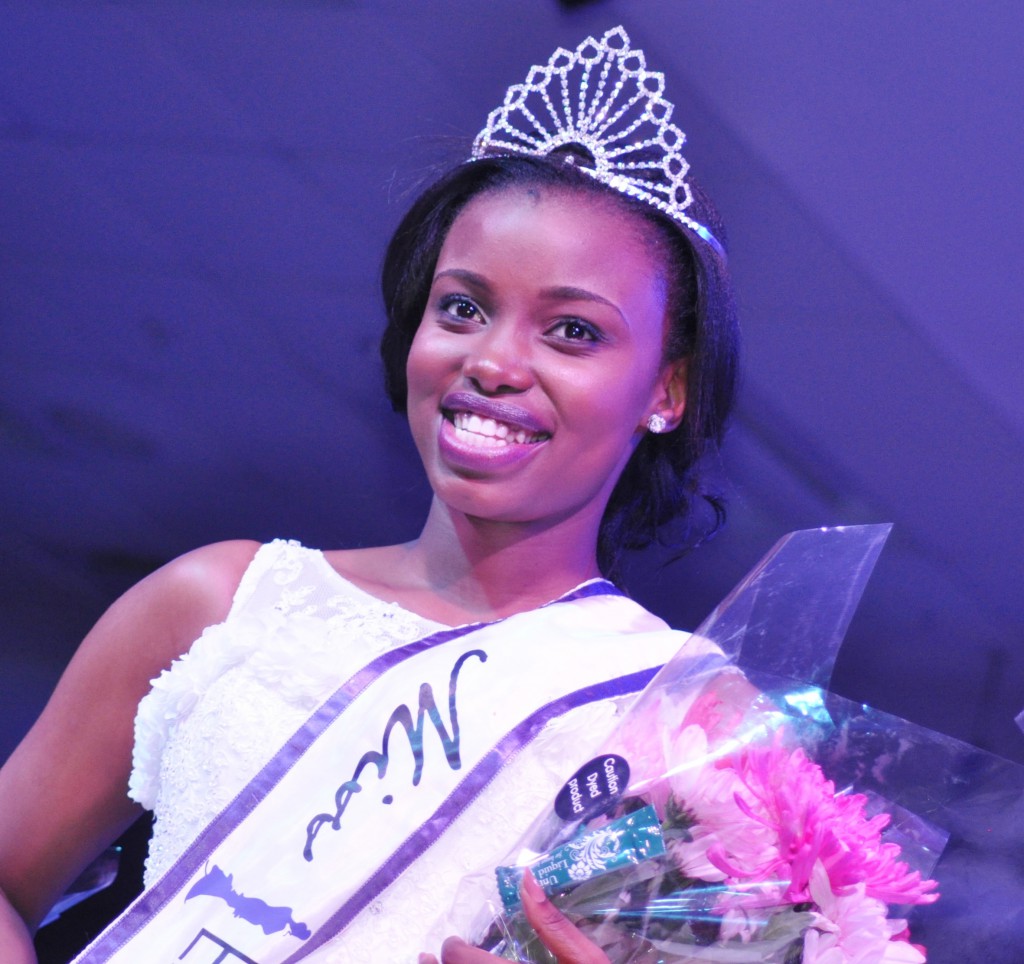 Also in East London, Mdantsane City roped in another celebrity guest – the Easter Bunny – for a surprise visit to the children’s wards at Cecilia Makiwane Hospital on Family Day.

Around 50 paediatric patients enjoyed a feast of Easter eggs and other goodies, including a brand-new DVD player and selection of movies to help them forget their illnesses for a while.

According to Mdantsane City marketing manager Wendy Zitha, the hospital was not only geographically close to the mall but also close to its employees’ hearts.

“Every year, we visit the children’s wards, especially in the holiday periods when families should be together,” said Zitha.

“It’s important because these kids are lying in pain in hospital and not with their loved ones or playing with their friends.”

She added that the Easter hospital visit was just another way to show love and gratitude and to give back to the surrounding community, and its key institutions, for supporting the mall.

“Most of our surrounding community members are from poor backgrounds and the children are especially vulnerable. So we start with them because they can’t provide and care for themselves.”

Meanwhile, Port Elizabeth’s Baywest Mall team will also be visiting the children’s ward of the local Dora Nginza Hospital. Together with project partner Hannah’s Arms, which provides foster care for abandoned and abused babies, the team will donate a TV and DVD player to keep the little patients entertained.

As the colder months set in, the malls will turn their attention to putting hot meals in hungry tummies as they work with Stop Hunger Now to provide nutritious meals and hope for those who live without.

← back to Social Responsibility